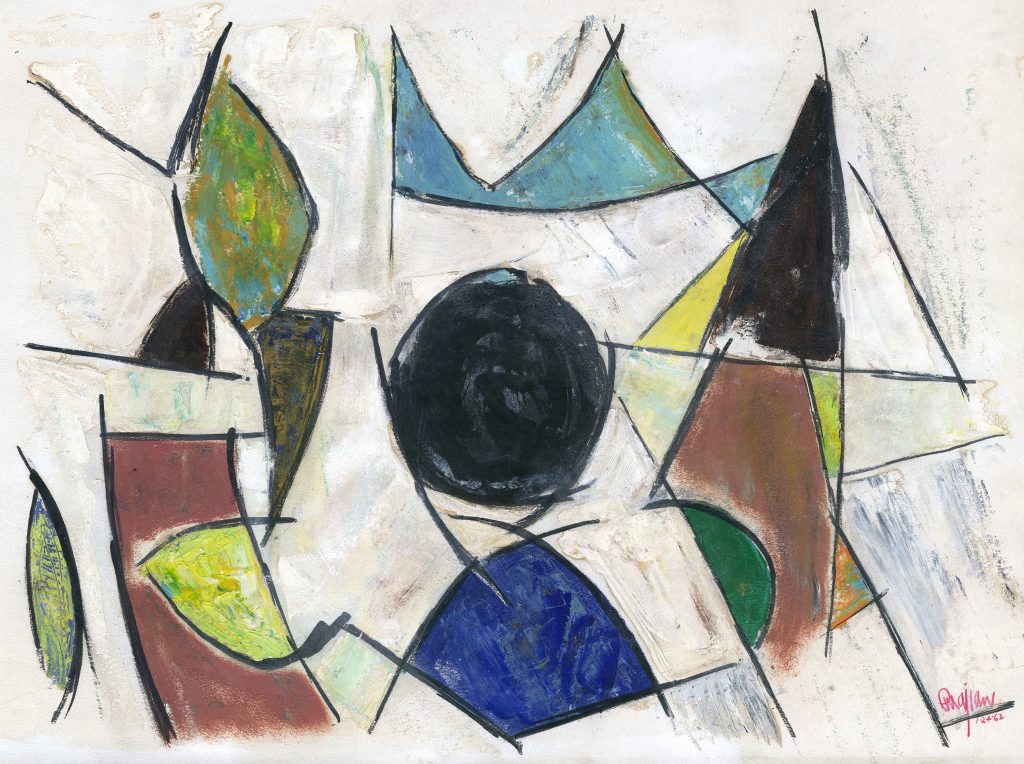 Gallery Talk on Saturday, March 5, at 2pm:
“The Pinajian Discovery: Bringing the Forgotten to Light and Establishing Value”

Quogue, NY— February 9, 2016. Quogue Gallery will bring rarely seen works on paper by Arthur Pinajian (1914 – 1999) to Booth 117 at the upcoming Art on Paper fair in New York City, running from Thursday, March 3, to Sunday, March 6, at Pier 36, 299 South Street. Although Pinajian died in obscurity, the widely publicized discovery of a vast trove of his work in Bellport, Long Island in 2007 led to a new critical evaluation and appreciation of his major contributions to modern art at the end of the 20th century.

Quogue Gallery will also be hosting a gallery talk at Booth 117 on Saturday, March 5, at 2 p.m., when art historian and Pinajian Estate Collection Chief Curator Peter Hastings Falk will provide a unique look into the Pinajian story and some insight into why the artist is now being widely collected internationally, by institutions and individuals alike.

In the fall of 2015, Quogue Gallery mounted a solo exhibition of works by Arthur Pinajian that was the subject of a feature article in the Arts & Living section of The Southampton Press and earned critical praise in a review on HamptonsArtHub.com. For the Works on Paper fair, the gallery has assembled a range of Abstract Expressionist works from the years 1959 to 1998, including abstract landscapes and other abstract and figurative works.

In March 2013, hundreds of news outlets reported the extraordinary value experts had placed on the Arthur Pinajian collection. First discovered in a garage in Bellport in 2007, this remarkable cache required years of cleaning, archiving and scholarship to prepare the canvasses for exhibition. ABC-TV’s “Good Morning America” featured the story as “the unlikely discovery that rocked the art world”; ABC’s ”20/20” reported that “art experts decree Pinajian deserved to be called one of the great undiscovered geniuses of the Modern Art Movement”; and The New York Times devoted two lengthy articles to Pinajian.

As a boy growing up in an Armenian community in West Hoboken, New Jersey, Pinajian was a completely self-trained cartoonist. During the Depression, he became one of the pioneers in a new medium: the comic book. In 1940, he created “Madam Fatal,” the first cross-dressing superhero, for Crack Comics. After World War II, he enrolled at the Art Students League in Woodstock, New York.

Although he was acquainted with a number of the New York Abstract Expressionists, such as Franz Kline and Philip Guston, he was largely reclusive. For 22 years his life revolved around Woodstock while he pursued his painting. Late in life, he moved in with his sister in Bellport Village. There, in a tiny bedroom studio, he worked out his own responses to questions regarding flatness and color posed by the Abstract Expressionist movement.

Although Pinajian died in 1999, it was not until 2007 that five decades of accumulated artwork were found stacked up in the property’s one-car garage. In time, the artwork drew the attention of renowned art historian Dr. William Innes Homer, who examined Pinajian’s lyrical abstract landscapes, abstract and figurative paintings.

Dr. Homer wrote: “Even though Pinajian was a creative force to be reckoned with, during his lifetime he rarely exhibited or sold his paintings. Instead, he pursued his goals in isolation with the single-minded focus of a Gauguin or Cézanne, refusing to give up in the face of public indifference. In his later years he could be compared to a lone researcher in a laboratory pursuing knowledge for its own sake. His exhaustive diaries and art notes make it clear that he dedicated all of his days to his art. He was passionate and unequivocally committed.”

Quogue’s first and only private art gallery, the Quogue Gallery is a new space in the Hamptons where artists, collectors, and art enthusiasts can meet and share their common passion for serious artistic investigation. The Gallery’s mission is to bring a program of artistic excellence not limited to any genre or medium. Its focus is on modern and contemporary art created by emerging, established and historically important artists. Essential to the Gallery’s mission is establishing itself as an active, vibrant, and inventive participant in the Hamptons art panorama, with artist talks and events that significantly contribute to the modern and contemporary art discourse.

The Quogue Gallery is located at 44 Quogue Street in Quogue. While the Gallery is closed from January to April, representatives are available by appointment. For further information, please visit www.quoguegallery.com or call.