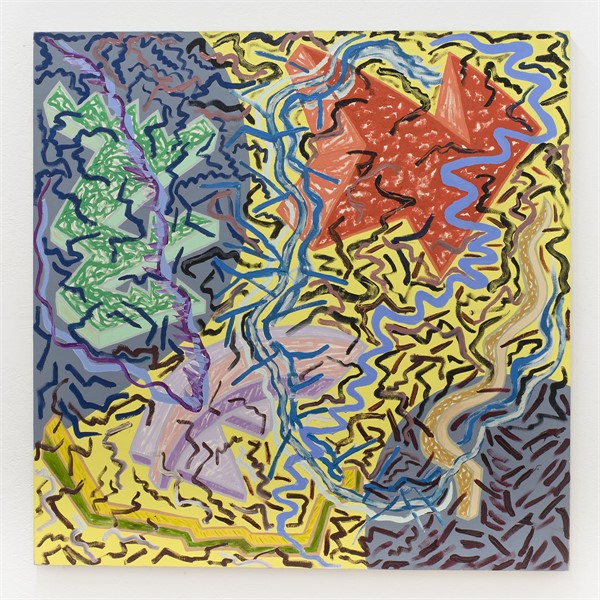 Quogue Gallery’s second solo exhibition of the summer  features nine paintings from the 1980s by Joan Thorne. The exhibition will be on view from July 11 to July 31, 2019; an Artist Reception will be held at the gallery at 44 Quogue Street on Saturday, July 13, from 5 to 7 p.m.

About the paintings in the exhibition, art historian Vittorio Colaizzi writes, “these paintings present a sensory richness that invites us to forget everything but our immediate encounter, even as this encounter releases a flood of personal and cultural associations, not least the critical history of space, color, and gesture. The paintings’ simultaneous currency and historical rootedness further demonstrate a key property of painting itself, which is simply that its visual issues are long-lasting, and cannot be resolved or dispensed with by facile solutions or shifts in fashion”.

In 1972, Thorne was included in the Whitney Museum’s last Annual Exhibition (thereafter it became the Biennial Exhibition). The next year, she was given a solo show at the Corcoran Gallery of Art in Washington, DC. In 1979, she was included in Barbara Rose’s seminal exhibition, “American Painting: The Eighties,” at the Grey Gallery at New York University. And the next year, she was included in an exhibition of critics’ picks at the Grand Palais in Paris, sponsored by the Société des Artistes Indépendents. In 1981, she was again selected for the Whitney Biennial.

In 1987, the American Academy awarded Thorne the Prix de Rome in Visual Arts. She returned to Italy for the next twelve summers, painting in Siena.  When Barbara Rose curated “Abstract Painting of the 90s” at the Andre Emmerich Gallery in New York in 1991, she again selected Thorne.  The painter Thornton Willis [b.1936] explained Thorne’s roots and those of the third generation. “As much as we like to place artists in neat categories, Joan’s art is unique. It comes from a highly personal vision, as does all moving art. For a long time, some conceptualists have been saying that painting is dead, but it remains very much alive . . . Joan has always been respected among artists as a strong painter whose expressions are uniquely her own.”

Her works have received laudatory reviews in the New York Times, Art In America, and ArtNews. Museums around the country that have her paintings in their permanent collections include the Brooklyn Museum and The Albright Knox Gallery of Art.