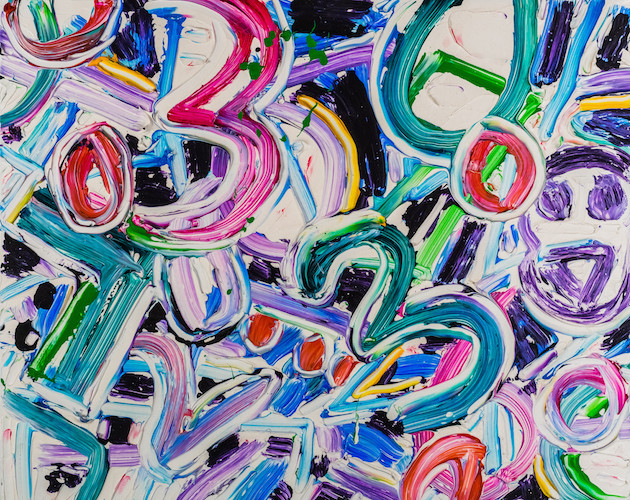 Quogue, N.Y., May 10, 2016. Quogue Gallery has announced that a long-awaited selection of major paintings and new works on paper by Jay Milder will be its first exhibition of the 2016 season.  An opening reception will be held at the gallery on Saturday, May 28, 2016 from 4 to 7 p.m.

A key figure in the history of figurative expressionism whose international reputation has been steadily on the rise in recent years, Jay Milder is a living link to the epoch when New York was the capital of the art world and expressionism was at its peak. Milder has been recognized by critics and museum curators as a visionary whose exuberant colors and cosmic symbols continue to resonate across different generations and cultures.

Born in Omaha in 1934, Milder was a talented draftsman in high school who skipped college to strike out on his own in New York at age 17, supporting himself by manning a pushcart on the Lower East Side. While he would eventually play a unique role in the second generation of expressionism, even as a teenager he had the knack of being in the right place at the right time.

In 1954 he enrolled in the Academie de la Grand Chaumiere in Paris and studied under the renowned Andre L’Hote, a synthetic Cubist and direct link to Picasso and the School of Paris.

From Paris he went to live in the Spanish section of Morocco. His travels continually expanded the visual as well as linguistic range of his interests. That polyglot character—mixing French, Spanish, Hebrew, English, even Chinese with the iconography of many cultures—is a hallmark of the work gathered in the current show, especially the works on paper, with their calligraphic inclusion of words and symbols.

Returning to the United States in 1956, Milder studied at the Art Institute of Chicago and began showing his work with the Momentum Group, which shared his global approach to the iconographical sources of painting. With a range of references to the Kabbalah as well as the Taoist philosophy of wu wei (loosely translated as “letting go”), Milder’s encyclopedic passion for codes challenges viewers to draw out the meaning of the symbols in his paintings.

In the Quogue Gallery show, for example, there are a number of words and numbers inscribed in the complex textures of the paint, from the Biblical “33” to the word “wu” itself and allusions to Jacob’s Ladder and bird imagery related to the story of Noah. The vibrant palette and loose gestural curves that animate the major acrylic and oil on canvas, Bird Ark (2007) are interspersed with the bold graphic inscriptions of the number 3, Milder’s answer to the hieroglyphs of expressionists such as Pollock or Jack Tworkow.

The mystical significance of numbers is also the premise of #18, a work on paper in the show demonstrating Milder’s belief that expressionism did not always have to be abstract or gloomy.

Milder’s other great teacher was Hans Hofmann, whose pupils included Franz Kline, Lee Krasner, Robert Motherwell and many other celebrated American painters of the era. Milder studied under Hofmann in the arts colony of Provincetown, Massachusetts, where many of the leading lights of gestural painting  gathered in the summers.

Milder’s work has the raw emotional power and technical virtuosity that characterized the expressionists in their heyday, but his own generous verbal guidance to understanding his work reveals significant differences from other painters swept up in the movement. While much of  abstract expressionism was overshadowed by tragedy (notably, the death of Jackson Pollock and the suicides of Mark Rothko and Arshile Gorky), Milder is committed to a spirit of optimism and acceptance.

One example of this positive outlook is offered by the title of the exhibition, “Noah’s Ark: Many Views.” It reflects this essential hope, expressed by the artist just before the opening of the show: “I use Noah’s Ark because he received the rainbow as covenant.” The rainbow is embodied in the brilliant spectrum of colors on view in the exhibition, such as the vivid pinks and oranges laced with a gleaming white in Smiling Universe (1979), the earliest work in the show.

In the artist’s words, “It has to do with the primal sparks that floated free when the big bang happened and are still out there, traces of what I call the Eternal Becoming.”

As energetic and curious as ever, Milder at age 82 is in the studio painting and drawing every day. His large-scale paintings are made on the floor, using rakes, tools, his fingers, and almost anything but a conventional paintbrush. In addition to painting, he draws using oil stick in the same vigorously gestural language, and several of the works on paper, as fresh and intimate as diary entries, will be available at the Quogue Gallery.

The artist is currently writing an ambitious book of essays on music, history, science and art. As he says, “It’s all about art in a way. No thing is everything, and it all goes into the art to show the positive side of juxtapositions and the understanding of many paradigms.”