Harry Bertschmann: Over 50 Years of Painting

Quogue, NY, June 18 , 2018:  The year 2018 began with the surprising rediscovery of a painter who is being added to the pantheon of significant abstract expressionist masters. The Harry Bertschmann story first broke on Sunday, January 7th, 2018 in The New York Times by writer Susan Chumsky, and has quickly achieved high acclaim from art historians while delighting collectors. Quogue Gallery will continue its rediscovery of the Harry Bertschmann Collection at its gallery in Quogue from June 21 to July 19, 2018. An artist Reception will take place on Sunday, July1 from 5 to 7 p.m. The exhibition at the gallery follows the successful launch of the abstract master’s works at the Art ­Palm Beach fair in January and the Art on Paper fair in Manhattan in March. The exhibition will feature over 25 paintings from the 1950s up until the 1990s. Paintings from Bertschmann’s many different series will be on display, including work from the Stuttgart Series, the Ab-Ex Shapes Series, the Bank Street Series, and the Subway Series. 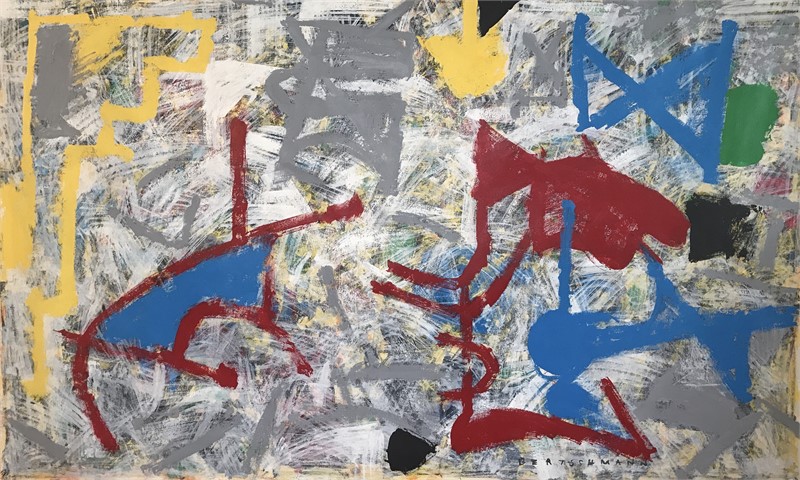 The 87-year-old Bertschmann enjoyed many solo exhibitions at museums and galleries during the 1950s. In 1958 the jury of the prestigious Carnegie International selected him as its youngest exhibitor — and one of his large abstract expressionist paintings hung beside those by Mark Rothko, Franz Kline, Barnet Newman, Philip Guston, and Robert Motherwell. He was represented by the Howard Wise Gallery in New York City for eight years, and in 1961 Bertschmann’s solo exhibition followed one for Elaine de Kooning. But after settling in Greenwich Village in the early 1960s Bertschmann drifted from the gallery scene because he was leading a double life. His training at the famous Basel School of Design led him to become an innovator in graphic design, and many of his commercial logos and packaging have become pervasive in American culture. The logos and packaging for Kent and Newport cigarettes, Nestlé’s, and Bufferin are but a few of his creations. In 1997 the artist was honored with a retrospective in Basel. Despite earning a living from his commercial projects, he was resolute in painting every day.

Art critic and historian Prof. Robert C. Morgan described Bertschmann’s vision as “abstract gestural signs that suggest a language.” He added, “Bertschmann is essentially an art world outsider looking inward. He is a seasoned artist, a highly creative artist, an articulate individual, and a nearly obsessive worker, always willing to stand back and examine what he does before moving ahead. He is also an exemplary draughtsman…His atelier is a phenomenon to behold.” 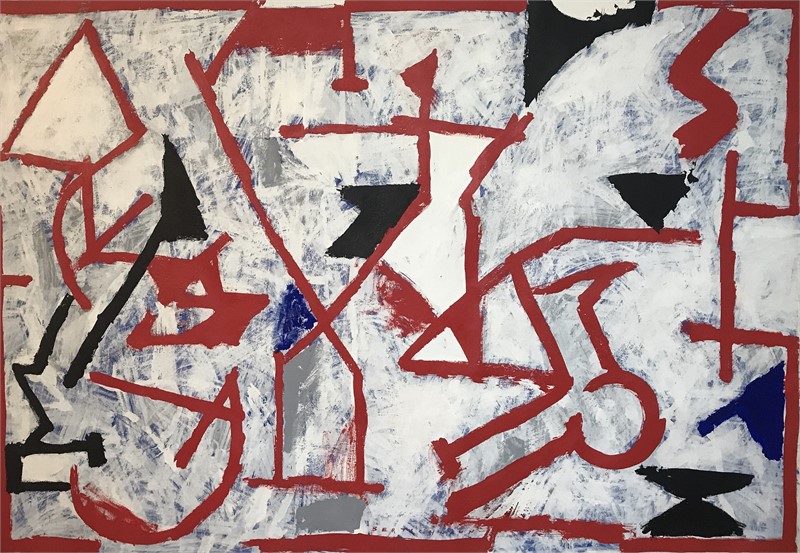