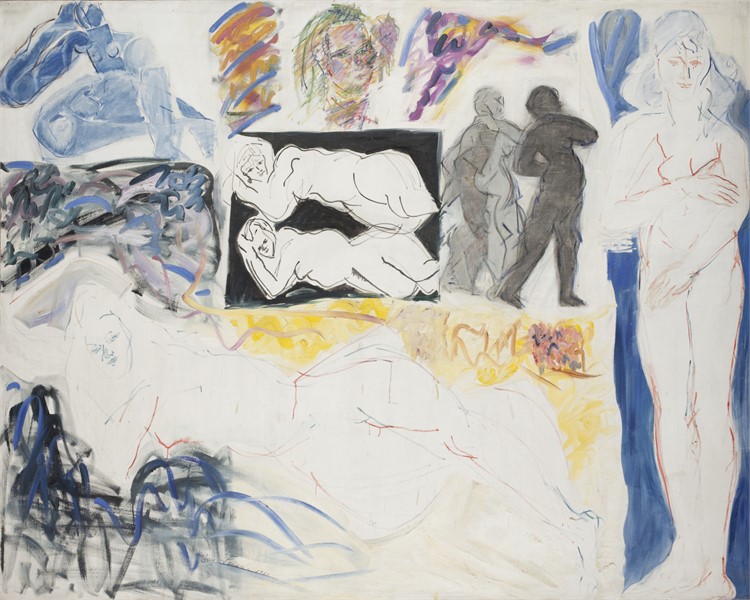 “Fay Lansner: Figure and Form” will be the next exhibition at the Quogue Gallery, highlighting the late artist’s works on canvas and paper dating from the 1940s to the 1990s. The exhibition will be on view from July 19 to August 23, 2018; an opening reception will be held at the gallery at 44 Quogue Street on Saturday, July 21, from 5 to 7 p.m.

The solo exhibition at the Quogue Gallery of this historically recognized artist is being presented following the enthusiastic reception for Lansner’s work at the Art on Paper fair in New York City in March and the Bridgehampton Market Art + Design fair in July.

Fay Lansner (1921 – 2010) was an American painter known for her abstract expressionist and figurative paintings and her strong use of color. In 1947, she moved to New York City to study art at Columbia University and joined the Art Students League, where she studied drawing with Vaclav Vytlacil. She was also a student of Hans Hoffman in the late 1940s, along with fellow students Jan Muller, Wolf Kahn, Larry Rivers, and Grace Hartigan. In 1950, she married and moved to Paris, where she embraced the chance to see the origins of modernism first hand. 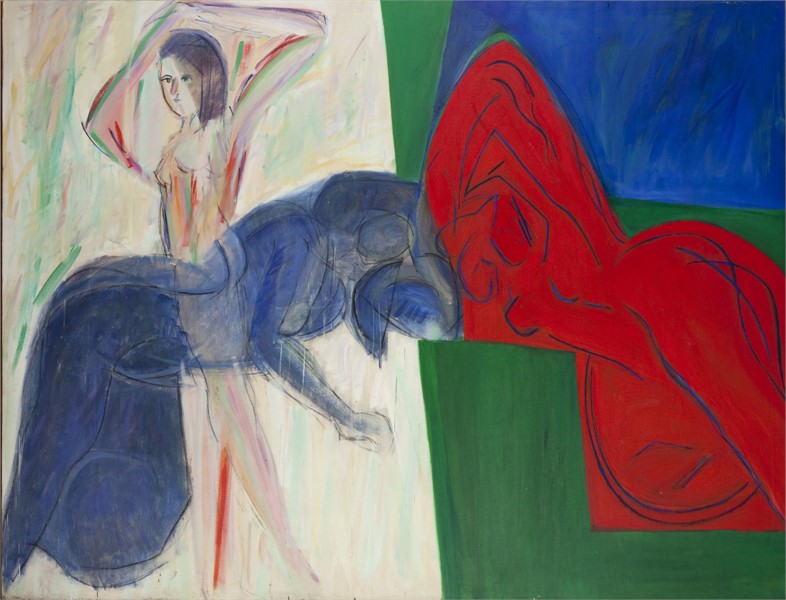 While living in Paris, she studied with Fernand Leger and had her first solo show at Galerie Huit. Upon her return to New York in 1951, Lansner was thrust into the Abstract Expressionist movement. Building on the foundation of her exposure to European art history and Hofmann’s lessons, she quickly became affiliated with her American peers, including Willem de Kooning, Joan Mitchell, and Franz Kline. She was briefly a member of the Artist’s Club. Lansner joined the Hansa Gallery and had her first American exhibition there in 1954. Other Hansa members included Allan Kaprow, Jane Wilson and Wolf Kahn.

During the 1950s, the Lansners began to spend summers on the East End of Long Island, which had become the summer nexus of the New York art world. In 1971 they purchased a farmhouse in Bridgehampton, where Fay established another studio. Lansner exhibited extensively, made many lifelong friends in the Hamptons and frequently hosted art world neighbors such as Larry Rivers, Perle Fine, Audrey Flack, and critic Harold Rosenberg.

While Lansner was a devoted admirer of abstraction and its tenets as laid down by Hans Hoffman, she knew early on that she wanted to concentrate on the figure, more specifically her idea of a “20th Century” figure.  She set out to develop the language of the body as she could interpret it in 20th century terms. As the artist stated in a 1976 interview: “I draw from the model [the figure], and also I don’t draw from the model. I draw from my imagination, from my feeling, from my idea, from sensation, and from the object. Nature. It’s very important to have some sort of model, a reference one can spring to and from.”

Lansner’s work was the subject of 30 solo shows from 1951-2009, and she was included in more than 100 group exhibitions in the United States and Paris throughout her career. She is widely represented in private, public, and corporate permanent collections, including the Metropolitan Museum of Art; the Corcoran Museum in Washington, D.C.; Guild Hall Museum in East Hampton, New York; New York University Art Collection; and the Philadelphia Museum.