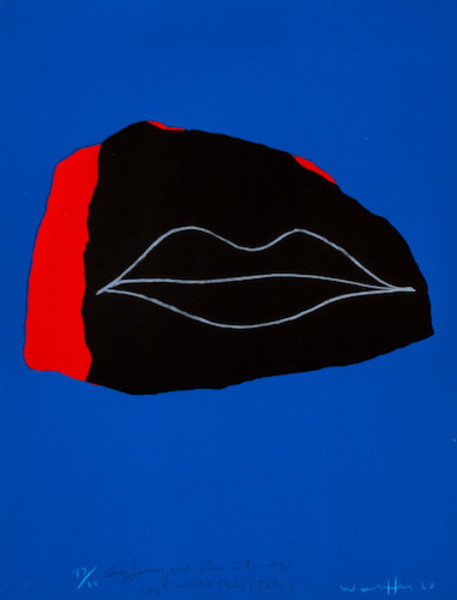 Emerson Woelffer: “Works on Paper” is an exhibition of lithographs and collages from the artist known as the “grandfather of L.A. modernism,” and dubbed himself an “Abstract Surrealist.” The selection of works on paper on view showcases the idiosyncratic nature of the works of Woelffer who said, “I always work first and think later.” They also display his bold use of pure color, line and shape and highlight the tremendous influence that DeKooning and Motherwell in his works. “After meeting De Kooning and Motherwell,” Woelffer said, “I didn’t have to ask too many questions. The sky’s the limit. That’s the feeling I got from them.”

Emerson Woelffer was born in Chicago where he first studied art and taught at Chicago’s Institute of Design.  From there he went to the experimental, progressive and highly influential Black Mountain College in North Carolina where he began to put his distinctive stamp on his work. But it was in Los Angeles beginning in 1959 that he played crucial role ushering in modernism as a teacher at Chouinard Art Institute (which later became CalArts.) Upon his death in 2003, Ed Ruscha who studied under him, called Woelffer, “an American original, a tender tough guy who turned a lot of people on to the beauty of abstract painting.”

Woelffer’s work has been exhibited in numerous museums and galleries including the Phillips Collection in Washington, D.C., the Santa Barbara Museum of Art and the New Orleans Museum of Art.

The Quogue Gallery showcases modern and contemporary artists whose works include paintings and prints, photography and sculpture. Recent exhibits have included the paintings of Raymond Hendler and Susan Vecsey and the photography of Barbara Vaughn.  For further information and opening hours, visit www.quoguegallery.com.