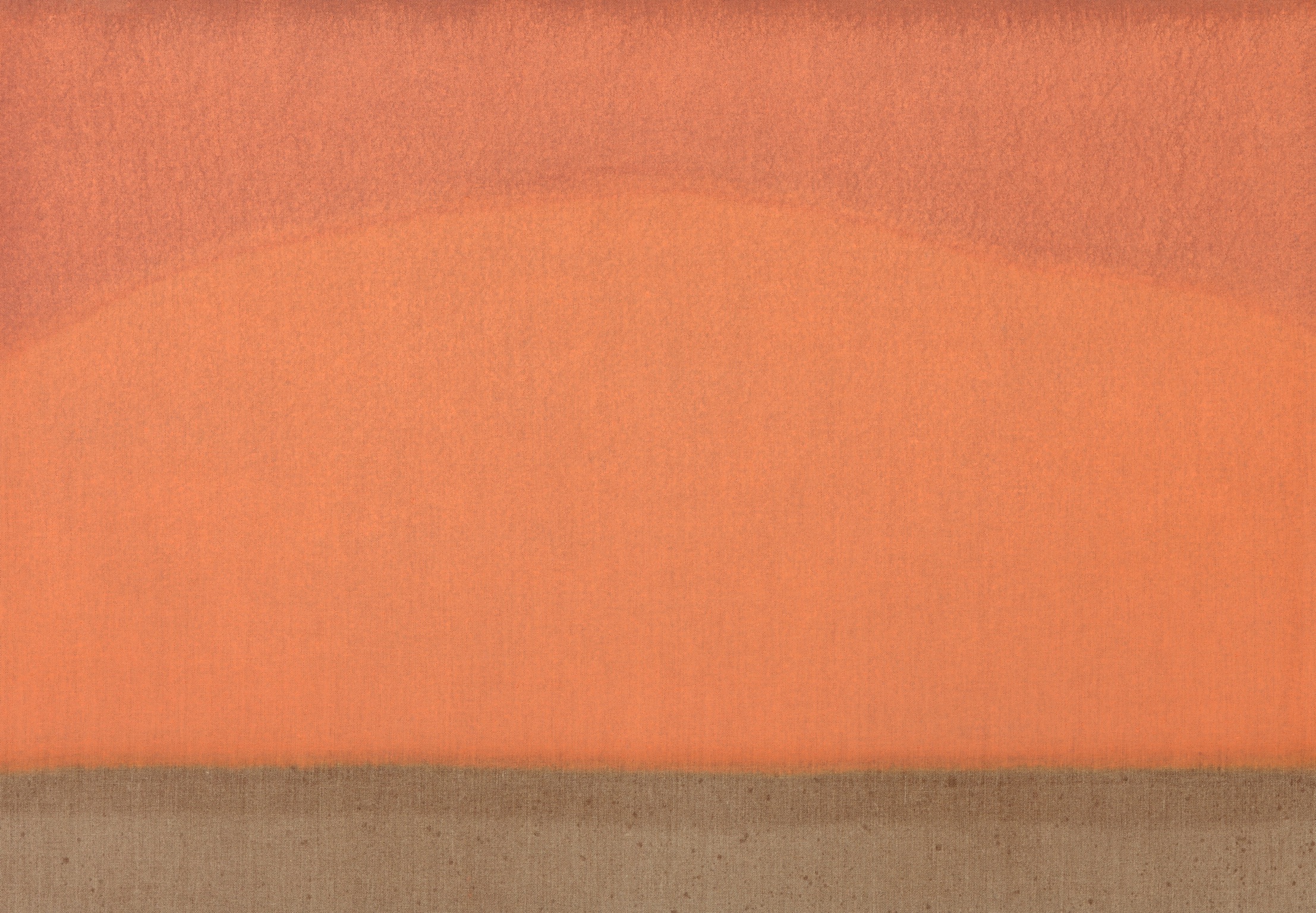 Quogue Gallery is pleased to showcase the work of East Hampton and New York City-based painter, Susan Vecsey. The gallery will feature a number of paintings and works on paper by the artist.

References to representational imagery are a starting point, a vehicle to convey a certain emotion and to explore color, form, and shape.  Vecsey states, “There is a great pleasure in the whole process of creating from the anticipation, the processing to the realization.”  Vecsey’s oil-stained linen and paper works carry on the color field and minimalist traditions in a contemporary context.  She begins with charcoal studies in which she draws her perceptive ideas on paper and then creates elaborate color studies.  Afterwards Vecsey thins oil paint and pours it directly on to primed linen or paper allowing it to flow naturally with some guidance from the artist.  Vecsey says, “With poured paint, timing is everything, and it is important to be decisive with it, and also ready to accept or reject the unexpected.”

Vecsey had a solo museum exhibition at the Greenville County Museum, South Carolina, in 2017 that was accompanied by an exhibition catalogue with an essay by Phyllis Tuchman. Tuchman stated that “Unlike, say, Fairfield Porter, another East End artist, Vecsey is less involved with the here and now. She’s not recording the details of daily life. She’s reminding you of places where you have been. With swooping curves, extended horizon lines, and a mix of tonal colors, Vecsey’s compelling images have the character of memories, recollections, and reveries. You’re revisiting sites of pleasure and wonderment.”

Susan Vecsey was born in New Jersey and currently lives and works in both New York City and East Hampton, New York.  She earned her Bachelor of Arts from Barnard College, Columbia University, New York and her Master of Fine Arts from the New York Studio School of Drawing, Painting and Sculpture, studying under Graham Nickson. In 2012, Vecsey was a visiting artist at the American Academy in Rome. Susan Vecsey’s paintings are widely held in public and private collections around the world.