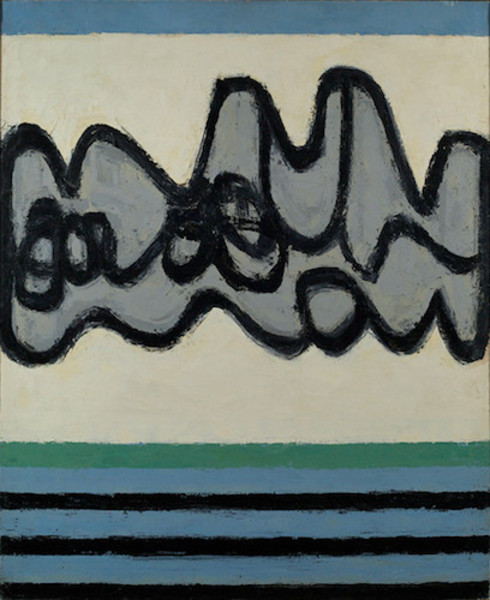 THE PAINTINGS OF RAYMOND HENDLER ON VIEW AT QUOGUE GALLERY

Quogue Gallery is pleased to announce “Raymond Hendler: A Deeper Poetry,” an exhibition featuring the expressionist paintings the artist created in the 1950s, ’60s and ’80s. The exhibition will run from Friday, October 3, through Sunday, November 23. An opening reception will be held on Saturday, October 11, from 5 to 7 p.m.

The works on view, a selection of oil paintings and works on paper including acrylic and crayon, display a joyful exuberance expressed through sensuous black lines and both geometric and amorphous shapes that are reminiscent of both Miró and Matisse. The animated yet simple compositions create a picture environment that Larry Campbell of ARTnews likened to Picasso’s studio paintings of 1927.

Though Hendler (1923-1998) has been compared to artists from myriad movements and styles, he began his career as an Abstract Expressionist in Paris, as early as 1949. Upon his return to New York, Hendler, who is considered a first generation action painter, played a significant role in the movement, both in New York, where he was a friend of Franz Kline, Willem de Kooning and Jackson Pollock, and in Philadelphia, where he ran the city’s first avant-garde gallery between 1952 and 1954.

Speaking about Hendler’s work, Kline remarked in 1962 that it had evolved from overall tightly wound linear webs to abstract pictograms that blend a personal language with hints at figuration. “The direct austere design and color complexes,” he said, “paint the image without undue nuances—with clarity and mature independence.”

Hendler studied in his native Philadelphia at the Graphic Sketch Club, the Philadelphia College of Art, the Pennsylvania Academy of Art, and the Tyler School of Art (Temple University). In 1949 he traveled to Paris, where he continued his training at the Académie de la Grande Chaumière on the G.I. Bill. In Paris, he exhibited at the Musée d’Art Moderne and was a founding member of Galerie Huit, the first American cooperative gallery in Europe. Other members included Sam Francis, Sidney Geist, Burt Hasen, Al Held, Shirley Jaffe, Paul Keene, Jules Olitski, Robert Rosenwald, Carmen D’Avino, Haywood Bill Rivers, and Herbert Katzman.

Returning to New York in 1951, Hendler became part of the exploding Greenwich Village art scene. He was a voting member of the Artists’ Club in New York from 1951 until its end in 1957. He met the leading figures in the New York School, including Pollock, de Kooning, and Philip Guston and the critic Harold Rosenberg and established a lifelong friendship with Kline that significantly informed his work.

Over this same period, Hendler also was active in Philadelphia. At the Hendler Galleries (1952-1954), he exhibited the work of de Kooning, Sam Feinstein, Guston, Kline, George McNeil, Pollock, Melville Price, Ludwig Sander and Jack Tworkov. He also introduced to America work made by friends in Paris, notably Francis, Milton Resnick, and Canadian artist Jean-Paul Riopelle. In the 1960s, Hendler was represented by the Rose Fried Gallery. Hendler’s works can be found in numerous public and private collections in America and abroad. Most recently, the artist’s 1960s paintings were featured in a solo exhibition at Berry Campbell Gallery in New York City.

During his 40-year teaching career, Hendler taught at the University of Minnesota; the Contemporary School of Art, Brooklyn; Parsons School of Design, New York; Pratt Institute, Brooklyn; School of Visual Art, New York; and Minneapolis College of Art, where he was head of the painting department. He retired from teaching in 1984 and moved two years later to the East End of Long Island. He lived and painted for the last 10 years of his life in the house in East Hampton’s Northwest Woods that he built with his wife, Mary Rood.

The Quogue Gallery showcases modern and contemporary artists whose works include paintings and prints, photography and sculpture, with an emphasis on work either inspired by or created on the East End of Long Island. Recent exhibits have included the photography of Barbara Vaughn and the paintings Susan Vecsey. For further information and opening hours, visit www.quoguegallery.com.