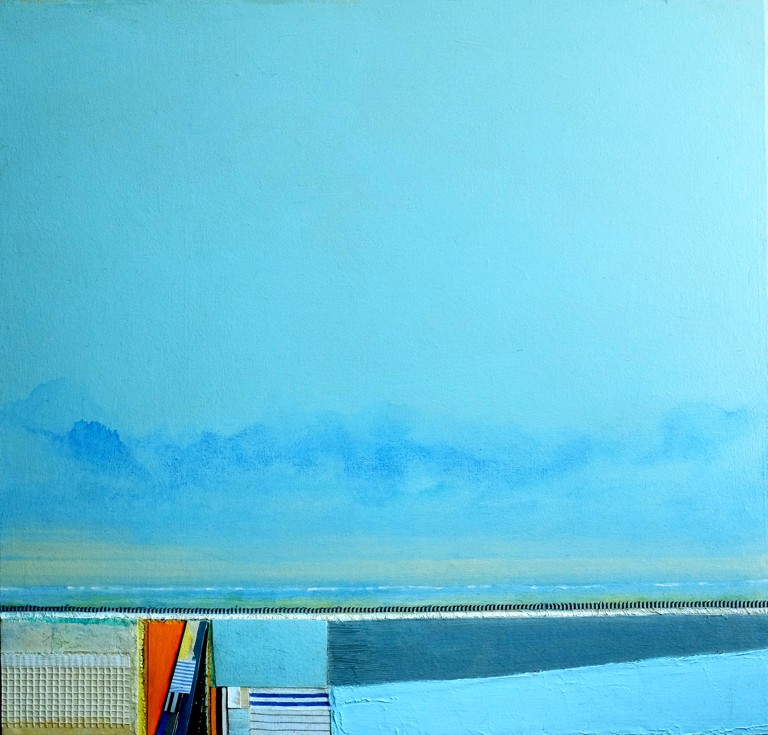 Quogue Gallery is pleased to present “Eugene Healy: Recent Paintings.” The exhibition will feature 23 works newly painted by the artist.

About Healy’s work, Peter Hastings Falk, Chief Curator and Editor of Discoveries in American Art, writes, “Many of Healy’s paintings are abstractions of shore scenes, being places that have evoked particular moods and feelings in the artist.  And it is those feelings that he so effectively materializes with mediums ranging from oil, watercolor, encaustic, oil crayon, lacquers, and colored pencil applied to fragments of canvas, boards, and paper. Often, one delights in the subtle addition of beach sand, fragments of printed fabrics, and even pieces of window screens. These are musical arrangements. Yet what is generally not known about the artist is that in the process of capturing those feelings just right, he returns to each work, over and over, almost obsessively making changes until he is certain his expressions sing… For [Healy], collage is a melody he first heard as a thirteen-year-old growing up in Brooklyn, New York, where he was born in 1948. Among his early primary influences, he cites Matisse, Vermeer, Diebenkorn, Rauschenberg, Hoffman, and the Fauve painters.

Starting in 1967, Healy began a long exhibition record with art museums and galleries throughout the country. He has also served as a curator, beginning in the late 1970’s, when he conceived and organized the popular traveling exhibition, American Vision which was launched at New York University. Later, he served as Director of the National Artists’ Alliance, and as Exhibition Designer for the Yale Center for British Art. Healy earned a B.F.A. from New York Institute of Technology in 1972.