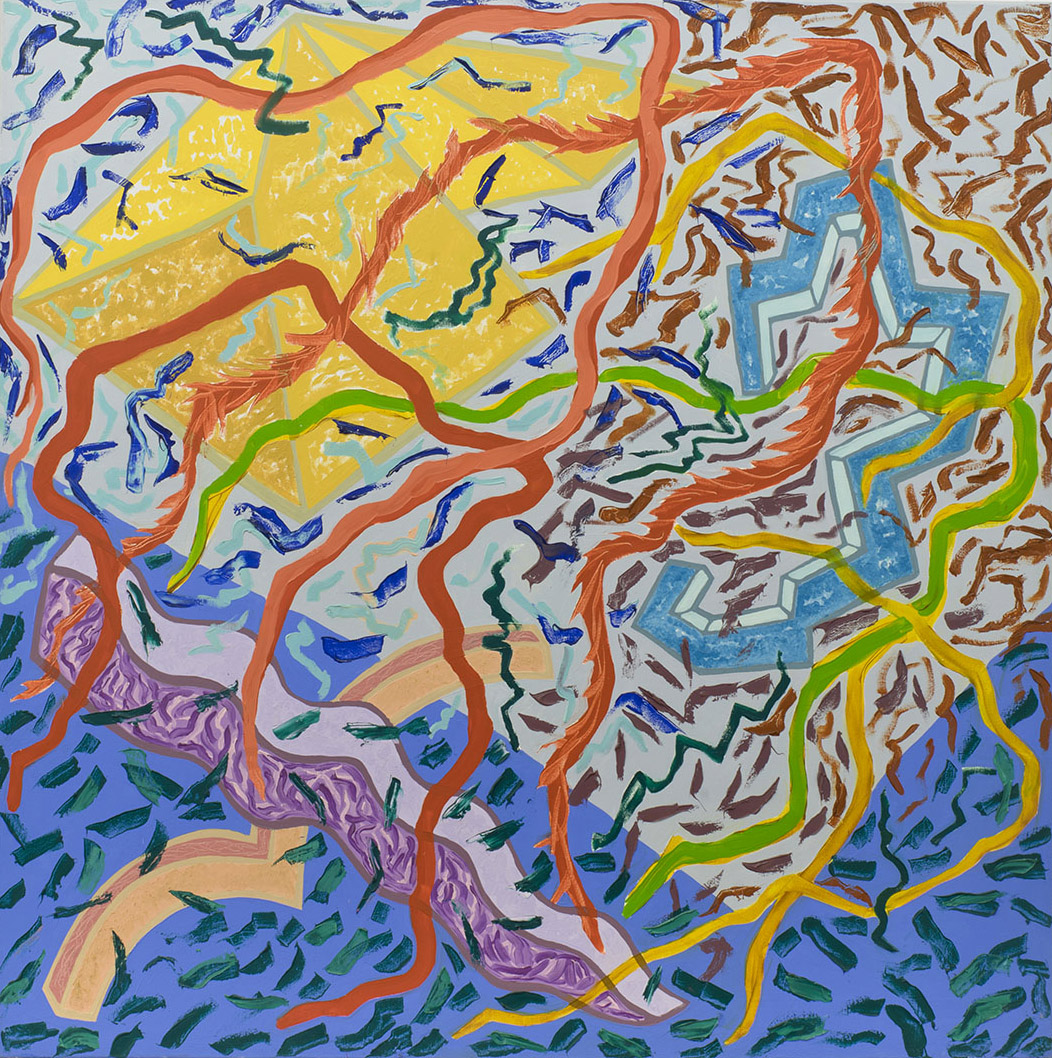 Fay Lansner (1921 – 2010) was an American painter known for her abstract expressionist and figurative paintings and her strong use of color. In 1947, she moved to New York City to study art at Columbia University and joined the Art Students League, where she studied drawing with Vaclav Vytlacil. She also was a student of Hans Hoffman in the late 1940s. In 1950, she married and moved to Paris, where she embraced the chance to see the origins of modernism firsthand. While living in Paris, she studied with Fernand Leger and had her first solo show at Galerie Huit. Upon her return to New York in 1951, Lansner was thrust into the Abstract Expressionist movement. Armed with her exposure to European art history and Hofmann’s lessons, she quickly became affiliated with such American peers as Willem de Kooning, Joan Mitchell, and Franz Kline. She was briefly a member of the Artist’s Club. Lansner’s work was the subject of 30 solo shows from 1951-2009, and she was included in more than 100 group exhibitions in the United States and Paris throughout her career. Lansner is widely represented in private, public, and corporate permanent collections including, the Corcoran Museum in Washington, D.C, Guild Hall in East Hampton, New York, the Metropolitan Museum of Art, New York University Art Collection, and the Philadelphia Museum.

Joan Thorne (b.1943) is a third generation New York School abstract painter who art critic Stephen Westfall has dubbed a “New Image Abstractionist.” Thorne was included in two Whitney biennials, was given a solo show at the Corcoran Gallery of Art in Washington, DC, and won the Prix de Rome. Quogue Gallery is focusing on her paintings from the 1980s — which were part of Barbara Rose’s seminal exhibition, “American Painting: The Eighties,” at the Grey Gallery at New York University. Westfall wrote, “Thorne’s sensitivity and exuberance with color renders the optical energy of her compositions delicious, or erotic, rather than jarring.” Seeing these nearly forty-year-old paintings with a fresh perspective reminds us why they received such laudatory reviews in the New York Times, Art in America, and ArtNews.

Sally King Benedict (b. 1984) is a contemporary artist living and working in Atlanta, Georgia. She and her work have been featured in major publications across the US, including Elle Decor, Architectural Digest, Domino, Garden & Gun, and Southern Living among others. Sally appeals to both established and new collectors alike with a wide range of mediums. She creates visual texture with a rich, adventurous color palette and expressive linear techniques. Sally grew up in Atlanta, frequently traveling and attending art openings, exhibits, and design shows, seeking inspiration from the work of both past and contemporary artists. She completed her education at the College of Charleston in 2007.

Harry Bertschmann (b. 1931) was born in Basel, Switzerland, where his approach to painting was established at the famous Basel School of Design in the late 1940s. Bertschmann enjoyed many solo exhibitions at museums and galleries during the 1950s before the jury of the prestigious Carnegie International selected him as its youngest exhibitor In 1958. At that time one of his large abstract expressionist paintings was hung beside those by Mark Rothko, Franz Kline, Barnett Newman, Philip Guston, and Robert Motherwell. He has been a New Yorker since the 1960s. It is intriguing that ever since he came to America he has led double lives. By day he has been an innovator in conceptual graphic design — and many of his commercial logos and packaging have become iconic in American culture. By night he was a painter driven to push the boundaries of abstract expressionist painting. It’s hard to find many abstract painters today who can match his extraordinary dynamism and versatility. Following  a New York Times article by Susan Chumsky published on January 5, 2018, the artist has quickly achieved high acclaim from art historians, which in turn has been delighting collectors.